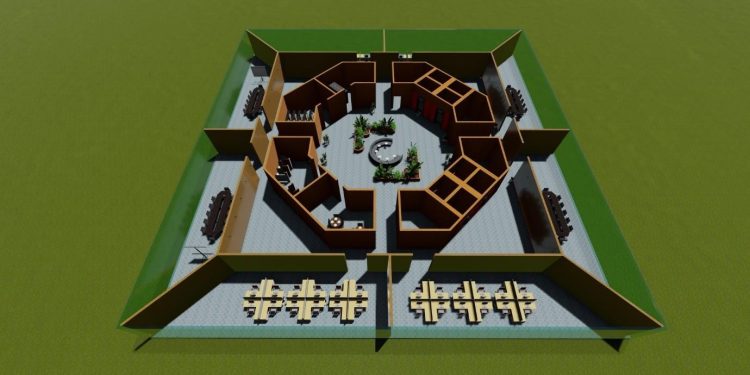 It does not seem as if the Covid-19 epidemic has been a part of people’s lives for more than a year. Several methods have been implemented to combat the Covid-19 virus, including self-isolation, social distance, vaccination, and Community Activity Restrictions (PPKM). Similarly, by attempting to propose ideas and improvements about effective medical treatment, educational activities, and even the notion of healthy buildings and infrastructure that may preserve the citizens’ health and vitality.

Creating the notion of green and healthy buildings is one viable method for combating this epidemic. This is what the student team in Civil Engineering performed in order to construct green buildings using sustainable principles that prioritize protection, savings, limit the use of natural resources, and emphasize quality.

This building proposal joined the 2nd International Student Competition on Tall Building competition conducted by the Malaysia Patronas University of Technology on Saturday (11/9) and won bronze.

The team is comprised of civil engineering students Teguh, A Muh Sarjan Ramadhan, A Afdalihillah Rusta, and Muh Fadli Al Kautsar, with the exception of Covid-19. In addition, they were driven to create this ecologically friendly building idea since they grumbled about the inefficient use of resources throughout the construction process.

Team Leader Teguh said that in the post-pandemic future, the people may use automated systems such as parking and automatic doors to prevent direct contact with specific materials.

“For the technology, we use solar energy and motion energy that is converted into electrical energy,” he added.

During a Tuesday, September 21 interview, Teguh said, “All development processes begin at zero until the structures seem ecologically acceptable.” 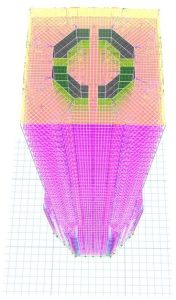 Moreover, the graduates of the department of engineering noted that the ecologically friendly building utilizes waste from burning coal and waste banana stem fiber, as well as solar energy. In addition to using renewable energy and eco-friendly materials, this building system may run without human power.

Alumni from the class of 2016 said, “Then, the design of the building employs a green idea or a green waste system, and the building management employs a high-tech, automated system.”

Teguh further said that the design of the building incorporates sanitary management in the building area so that it is protected from exposure to viruses. This is owing to the availability of an intelligent water management system and trash management. The internet network is used to control all of these building systems.

“However, the idea that we offer has not yet reached the point of implementation, but there are already ways that will be employed throughout the development process,” the guy from Sinjai said.

According to Teguh, this approach is implemented using a modular system that may decrease construction waste and project site manufacturing waste in order to cut emissions.

This concept must be realized since, given its requirements and functions as an office building, it will inevitably be used. Makassar’s Jalan Metro Tanjung Bunga development site is thus slated for the first phase of execution. This region is an industrial district, a retail hub, and a tourist destination. Consequently, it might diminish an employee’s emotional psychology at work.

Teguh said, “In addition, the Green building concept is appropriate for its site, which will be transformed into a green space.”

In addition, there are practical issues with this design. “Complex technological ideas cannot be housed in a single structure. We determined that we could be incorporated. Therefore, there must be restrictions so that all the technology we’ve created can function properly, ” stated Teguh.

At the concept of the interview, Teguh expresses his wish that this concept may be implemented in Indonesia, since it is mostly used overseas. Although numerous technologies, such as permeable pavement, bioretention, and solar panels, have been adopted in Indonesia.

Teguh stated, “Hopefully, this building concept will be a source of inspiration and innovation, since present technology has never been employed to its utmost potential in a single structure.”